Bergen Impro Storband doing the soundtrack for 7 fjellsturen for FIB 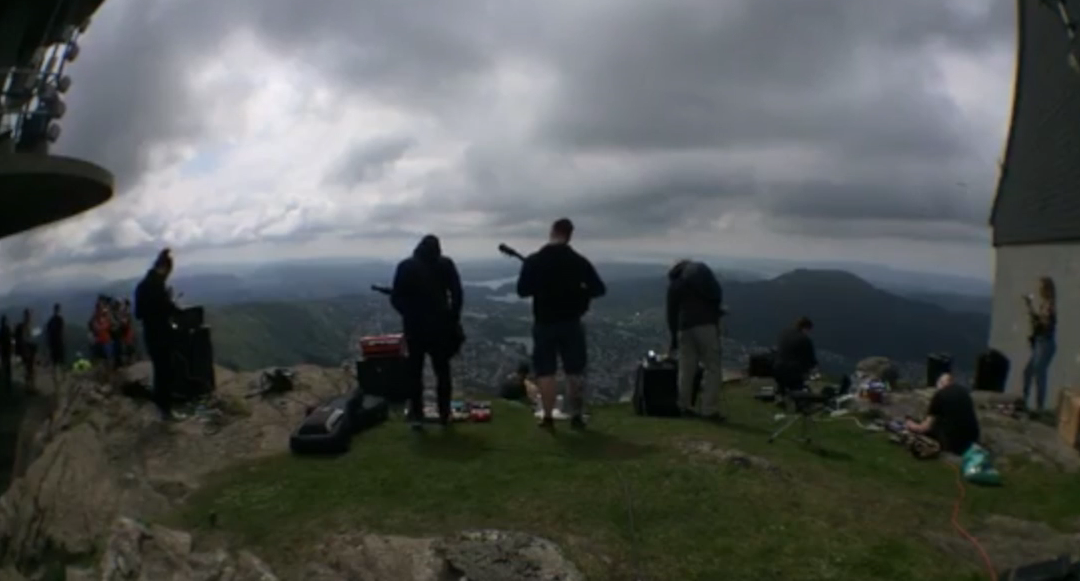 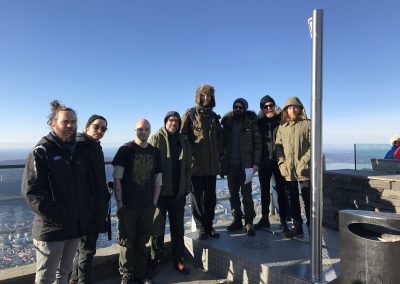 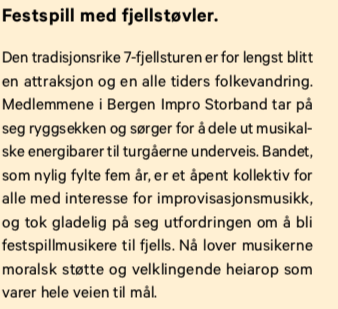 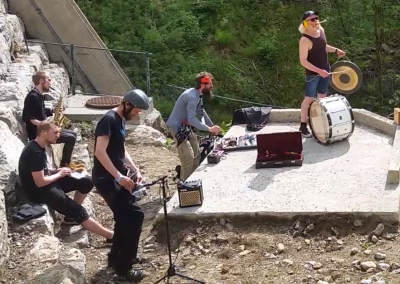 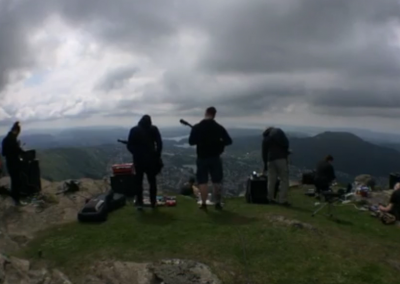 In collaboration with Festspillene i Bergen, BIS contributed with musical energybars for the participants along the 7 fjellstur, the yearly event in Bergen where people go up all 7 mountains during one day.

BIS was devided in two groups for this event, playing in 6 different spots along the route at different times during the day. Team A was acoustic based ( but there where a few battery driven instruments, like the fantastic carhorn organ Sindre Sortland and Arne Sandvoll had built for the occation ) Team B was amplified and played LOUD from the top of Ulriken, the highest point on the route, to the enjoyment of some, and irritation for others, but hey, art is not always there to please.

Video showing Team B at the top of Ulriken, and Team A around Svartediket and Årstad VGS