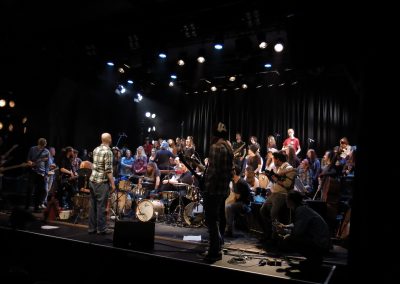 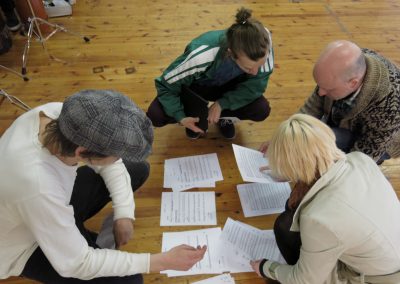 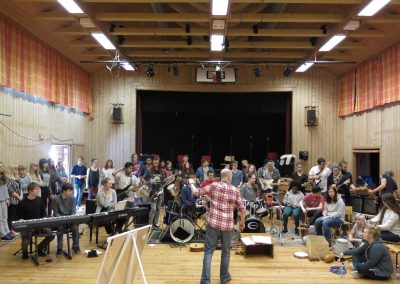 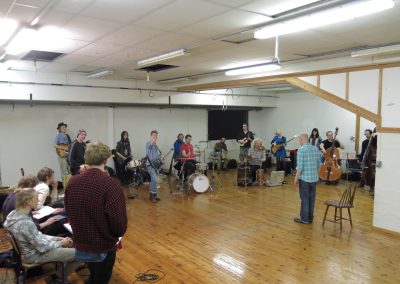 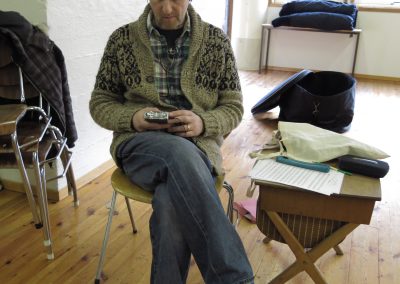 In this massive project we had over 100 musicians on stage, led by Tim Steiner (UK) Using some of his pre composed material as starting points he led us thru everal group rehearsals preparing the material, but also sign based improvisation was dominant. Students at Fana Folkehøgskole participated alongside professionals, music students and amateurs. Here you can see a 10 min video from the first part